Showing posts from May, 2007
Show All

News - Around the League 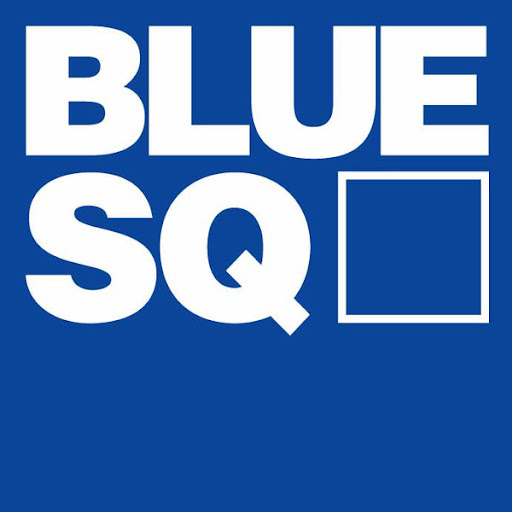 - May 14, 2007
Managing Director, Dave Malone today announced on behalf of Eastleigh Football Club, that their will be a new look line-up on the touchlines for the reserves in the coming 2007/2008 season.

The statement read as follows:

"The Club are delighted to announce that we have appointed a new Management team to run our Reserve side for the coming season.

Brian Le Boutillier and Adie Burford have accepted this new role, and will commence their duties with immediate effect."

Malone continued. "Both Brian and Adie have vast experience in Non League Football. Last season Adie was Manager at Southern League Andover, and Brian finished the season as Manager at Christchurch in the Wessex League. The two of them have previously worked together, when Brian was Manager at Andover - and are pleased to be re-united at Eastleigh Football Club."

After stating the intentions, the press release was concluded. "Whilst welcoming Brian and Adie, we would also like to record our thanks t…
Post a Comment
Read more

In this final game of a very successful season, Ian and Wayne's youngsters took on second placed Hayes.

Having gone in at half time a goal down due to Adam Cornell's ninth minute penalty, the Spitfires fought back with a blistering start to the second forty-five.

Phil Cousins netted a thunderous volley into the top left hand corner, a special strike for the equaliser on his return to Winchester City where he spent a couple of months on loan.

The visitors failed to convert a second penalty, as Eastleigh's Tom Roberts for the se…
Post a Comment
Read more

Final Reserve game to be held at Winchester

- May 04, 2007
The final game of the season for Ian Knight and Wayne Mew's young reserve side, versus Hayes reserves, has now been scheduled for Wednesday 9th May.

Due to the extensive pitch improvements that are currently undergoing at the Silverlake Stadium, the venue will be Winchester City FC.

7:45pm kick off - Come along and cheer the lads on, in this top of the table clash as a very successul season for the reserves comes to an end.
Post a Comment
Read more

- May 04, 2007
The updates are flooding in, with plenty of off pitch news released by the club's official website.

The pitch at the Silverlake Stadium has undergone treatment and drastic improvements, some of which include:

All details can be found here:

Justin Bennett - In contention for the pre-season friendlies after his season long injury, terrific news.
Post a Comment
Read more

- May 04, 2007
Wayne Mew details the launch of the all new, Eastleigh Football Club Soccer Academy.

Eastleigh Football Club in association with Eastleigh College, are delighted to announce the start of their Soccer Academy.

It will be run along the same lines as a professional academy, where the players will train three times a week at Eastleigh Football Club whilst studying and continuing their education at Eastleigh College.

In addition to the training the lads will compete in the Conference Youth League which will shortly receive the official stamp of approval from the FA and become the third tier of academies after the Premeirship and football league.

Eastleigh will compete against teams such as Exeter, Weymouth, Basingstoke and Aldershot and play their games on a Wednesday at the Silverlake Stadium.

- May 03, 2007
Eastleigh Football Club today announced on the club's official website - www.eastleigh-fc.co.uk, that four players have been released from their contracts.

Southampton legend throughout the Dell Years, Francis Benali who played the most part of this season as the first choice left back, Liam Green who joined the Spitfires for a second spell from Winchester City, former Havant & Waterlooville centre forward Carl Wilson-Denis and finally the experienced and versatile Steve West.

Managing Director Dave Malone, wished the quartet every success for the future.

"Each and every one of the above players have been a pleasure to work with, and they all played an important part in ensuring our survival in the Conference South. We would thank them all for their efforts and wish them every future success."
Post a Comment
Read more

David Hughes pays tribute to Andy Forbes in this report by Simon Carter. Click here for the article from Monday's Daily Echo.
"You do wonder how many he would have scored had he been playing for a team at the top end creating more chances."
With the season finishing on a high at Yeading at the weekend, Andy Forbes netting his 20th and 21st goals of the season, the former Winchester City marksmen deservedly picked up recognition with the players player of the season award at the clubs Presentation Evening.
The winners were as follows:
Jamie Pullen - Spitfires Supporters Club Player of the Year

- May 02, 2007
With two games remaining Eastleigh sit in a very respectable 5th place in the Suburban Premier League.

The Spitfires second string assistant manager, Wayne Mew, recently commented in the club's matchday programme to sum up the sides rise up the table.

"This is a fantastic achievement for the club as for the majority of the second half season we have played games mainly with 17 and 18 year olds."

Mew went on to say "...they have done brilliantly and a few of them look to have a very bright future in the game."

The latest results, following the 4-1 demolition of Beaconsfield a fortnight ago, saw Eastleigh travel to Corinthian Casuals and pick up a 2-0 win with both Obi Nene and Ben Bosley on the scoresheet.

More recently (Saturday 28th April), the reserves lost out by a narrow margin against Sutton United away from home, finding themselves on the wrong end of a 2-1 scoreline. Brett Williams netting Eastleigh's goal.

Two games remain and they are as follows: