Showing posts from May, 2011
Show All

By Wendy Gee-
MANAGER Ian Baird says Eastleigh must play a "waiting game" this summer before assembling their new-look young squad.
The Spitfires have already come under fire from some fans after rumours suggested that none of the 56 trialists who attended the first assessment day for the new Player Development Programme had been invited back.
The reality, confirmed director of football Dave Malone, is that between six and ten will be reassessed early next month and that there are at least 20 others waiting for their chance to shine.
With 11 of last season's experienced Blue Square Bet South squad having left the Eastleigh ranks, striker Richard Gillespie is currently the only player contracted for next season, although the indications are that Danny Smith, Tom Jordan, Jamie Slabber, Gareth Barfoot and Ross Bottomley will stay.
Much of the rest of the squad will be made up of youngsters looking for a way back into the professional game after being released by Football L…
Post a comment
Read more

By Wendy Gee-
THE mass exodus of senior players from Eastleigh may not be over yet.

Central defender Chris Holland may also be on his way having rejected the offer of a new contract and there is a question mark over utility man Ross Bottomley.

On a positive note striker Richard Gillespie is still under contract, versatile midfielder Danny Smith has confirmed he will stay and skipper Tom Jordan, leading scorer Jamie Slabber and goalkeeper Gareth Barfoot have all agreed terms for next season – albeit that they have yet to sign.

- May 26, 2011
Tony Taggart has become the second player this summer to leave Eastleigh and join forces with former Spitfires boss Paul Doswell at Sutton United.

The London-based winger returned to the Silverlake last term after a stint with Newport County and was not included on Eastleigh's nine-strong list of released players issued earlier this month.

But although the Spitfires did their best to keep him, Taggart has opted to follow in midfielder Anthony Riviere's footsteps to Ryman champions Sutton who will next season join Eastleigh in the Blue Square Bet South.

Eastleigh's director of football Dave Malone said: "Tony Taggart rejected a very good offer from EFC and decided to join Sutton United, which is much closer to home - and, one would assume, more lucrative!

"We are, of course, disappointed that Taggs has left, but we move on and expect to soon complete the re-signing of several of our players from last season.

The Club can confirm that Matt Gray has resigned his position as 1st Team Coach.
We have been unable to agree a suitable and appropriate agreement, which would satisfy the requirements of both parties - thus Matt has decided to tender his resignation, which has been accepted by the Club.
We would like to record our appreciation for all his efforts whilst at Eastleigh Football Club - and wish him well for the future.

Moving on - we have already had informal discussions with several possible replacements. They include coaches with impressive histories in the game.
We are confident of appointing a suitable person in the near future.
Post a comment
Read more

56 young players from as far away as Chelmsford, Bristol, Weymouth and London attended our first assessment day, which was held at the BTC ground in Stoneham Lane.

The club have identified around a dozen players to be asked back for a further (more strenuous) session, probably in early June. There are also about twelve others who could not make today that we will also do our best to assess prior to pre-season.

Kevin Braybrook (our newly appointed Head of Player Recruitment) has done a great job in enticing such a large number of aspiring youngsters to the Club. We have every confidence that his efforts will be well rewarded prior to the new season.

"An update for our supporters:

"We are currently talking with the players we wish to retain, and hope to be able to make an announcement within two weeks as to which of them will be with us next season.

"Needless to say, we are also talking to a select group of other established players.

"In respect of our recruitment of full time players for next season - we have had in excess of 60 enquiries from aspiring youngsters (and some not so young!).

"We will be holding the first assessment days on Friday and Saturday of this week - with the aim of reducing that to a short list of suitable/eligible players who will be invited back at a later date.

"So, all in all, we are extremely busy - and excited at the prospects for next season.

"A further update in due course."

The Club can confirm that we have agreed to terms of the cancellation of the Contract of Luke Byles - who is now likely to return to Australia.

This arrangement is by mutual consent, and we would all like to wish Bylsey well for his future.

The ex-Saints defender is believed to be heading back to Australia and is in negotiations with the Blue Square Bet South outfit about the possible termination of his contract.

Should he go, Byles would become the tenth player to be exiting the Silverlake Stadium this summer following confirmation that nine others have been released - goalkeeper Jason Matthews, defenders Brett Poate and Warren Goodhind, midfielders Anthony Riviere, Peter Adeniyi, Shaun McAuley, Richard Graham and Ian Herring and striker Jamie Brown.

After an outstanding 2008/09 campaign helping Eastleigh to their all-time highest finish of third, Byles went off travelling for a year.

He returned to the ranks last October but, having come straight out of the Australian season into the rigours if the Conference South, the 27-year-old lacked a bit of his old sharpness …
Post a comment
Read more 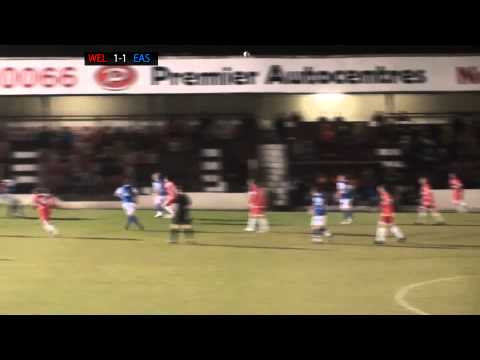 By Sam Elliot - The Non-League Paper
EASTLEIGH are not a club that plan to stand still. In fact, the Blue Square Bet South side are so determined to get their transformation into a full-time operation off the ground, they've cancelled their summer break!
The Spitfires are looking for a change of direction - and have begun star-searching for 12 players to make sure that this new path is paved with success.
They have decided to give young players a chance to showcase their skills in a professional environment after this week outlining their exciting three-year plan to establish themselves in the Blue Square Bet Premier.
They weill train in the mornings and afternoons instead of their current arrangement of once or twice a week.
Highly-respected Kevin Braybrook has already been appointed as the club's new Head of Player Recruitment with the emphasis now on giving released young pros a second chance to shine.
"In a way, we see this as a kind of rehabilitation," explained manag…
Post a comment
Read more

Director of football Dave Malone has confirmed that the club are currently in negotiations with the remainder of the squad - some of which he hopes will remain with the Spitfires for the 2011/2012 season.

We would like to thank all of the above players for the contribution they have made to the Club, and to wish them well for the future.
Post a comment
Read more

We are pleased to print a Press Release, distributed following ratification of our intentions at the EFC Board meeting earlier today.
Eastleigh Football Club believe that the way for us to continue our progress is to alter our football strategy, and to channel significant efforts towards bringing in and helping to develop talented younger players. We intend to achieve this by offering them a full time professional environment within which to work. This is part of our medium term plan to both achieve promotion and to change the ethos and culture of the Club. To achieve this we also recognise that we will need to retain a nucleus of senior players to support our aims. Therefore, in the short to medium term ,we will be operating a combination of part time senior and full time young players. Our First Team Manager Ian Baird will become a full time employee supported by a complete Coaching and Management team.
This is a simple and exciting plan, altho…
Post a comment
Read more

The company was founded over 15 years ago and has grown to become the region's best-known and most trusted provider of pest prevention services. They have successfully developed a range of techniques and products to protect your health, food and property in the most effective and environmentally responsible way possible.

The Whelan Pest Prevention's pledge is to provide the finest supervised service, to give their customers and staff, safe and effective protection for their working environment and their reputation.

"We have been delighted to be supporting Eastleigh Football Club in recent seasons. This sponsorship deal further enhances our commitment …
Post a comment
Read more

At last night's Presentation Evening Jamie Slabber won the Player's Player and Manager's Player of the year award, while Tom Jordan won the Parker Trophy.
Slabber capped an excellent season at the club with 25 goals in 48 games in all competitions, with an impressive 21 league goals to his name.
Parker Trophy Winner Tom Jordan has again been an integral member of the side at the heart of the defence. The Eastleigh captain racked up 50 appearances scoring eight goals for the season. The reserve team awards were shared by Liam Hibberd and Joe Crook, the former had recently made his first team debut for the Spitfires in the final two league games.

Eastleigh have announced they expect to go full time next season in a bid to finally crack the Blue Square Bet South. The Spitfires have established themselves in non-league football's second tier over the past six seasons, having risen up through the pyramid from the Wessex league.
But the club now say they are keen to progress to the Premier and a switch in approach is required.
Eastleigh director David Malone says the move is still very much in the planning stages but is sure it is the right route for the club to take.
He told the NLP: "This is not a case of us chucking money at full-time professional players carelessly. We have had six years in this league. We've thrown our financial kitchen sink at geting out and it isn't enough. We need fresh ideas and we need to explore other avenues if we are going to do it.
"The money we have got to spend does not give us the chance to compete with the big names. It's not a hard-luck story, it's a fa…
Post a comment
Read more 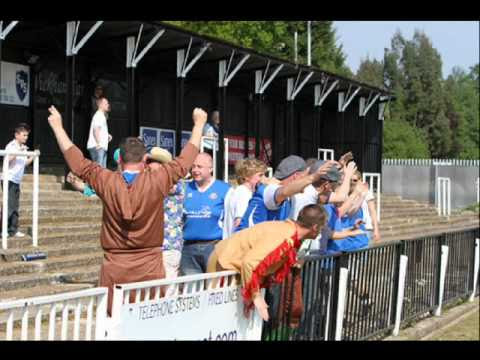