Showing posts from August, 2012
Show All

It has been a very busy summer on the playing front with lots of new exciting additions to the squad which has given everybody a real boost around the club and gives us great hope for the coming months in what are very exciting times at the Silverlake. In the commercial department we have been equally as busy securing new sponsors and commercial partners whilst also trying to maintain and improve the relationships with our current partners. I am delighted to say we have been very successful and this should be evident for you all to see as you make your way around the stadium tonight. Over the coming weeks I will introduce you to all our new corporate partners and refresh your memories about the existing ones. It will be vital as a club we try and help these companies in the same way they are helping us by using and promoting their services to each other and friends and family alike which in turn will hopefully see them all remain connected to the club for many years to come. Also if
Post a comment
Read more

- August 29, 2012
FIVE-STAR COUNTY LAND AWARD FOR BOSS EDINBURGH Newport County manager Justin Edinburgh has been named the Blue Square Bet Premier ‘manager of the month’ for August. The former Tottenham defender has overseen a huge transformation in South Wales as County top the table, having been in the relegation places exactly a year ago. Edinburgh’s side have won all five of their opening matches, including a 4-3 win at title second-favourites Mansfield Town on the opening day. County rounded off the month in style with a 2-0 home win over Hereford United to sit three points clear in the early table. In the Blue Square Bet North the ‘manager of the month’ award for August goes to Brackley Town manager Jon Brady. Brackley have shown no fear in their first season at this level as they sit comfortably in the top three with two other teams showing a 100% record. Brady’s side signalled their intentions with a 4-1 win at promotion contenders Altrincham on the opening weekend and rounded the month
Post a comment
Read more 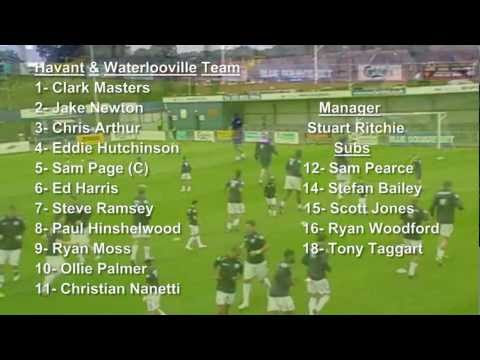 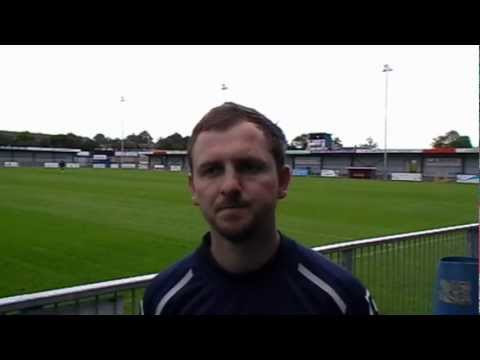 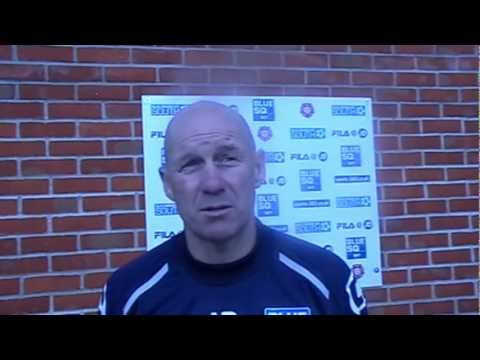 By Wendy Gee -       EX-SAINT Callum McNish is likely to retain his place in Eastleigh's midfield engine room for tomorrow's home game against Weston-super-Mare. The 20-year-old, signed on an initial month's loan from Braintree last week, replaced Glen Southam in the starting line-up against Basingstoke on Tuesday. It followed a 20-minute debut off the bench last Saturday with the Spitfires already 3-0 down in their disastrous opener at Boreham Wood. Saints Academy graduate McNish put in a good shift on Tuesday, contributing to a much improved Eastleigh performance by Eastleigh who felt unlucky to be pegged back for a 1-1 draw. Having taken a first-half lead through Craig McAllister, they had a contentious free-kick awarded against them which Matt Warner spectacularly fired home in the 73rd minute. Explaining his reasons for picking Oxford-based McNish ahead of Southam, Baird said: "We lost the game in that area on Saturday and I felt we need
Post a comment
Read more

- August 24, 2012
By Kieran James Ian Baird’s Spitfires earned their first point of the season at home to Basingstoke Town last Tuesday in a game where Eastleigh saw much of the possession going their way. On loan midfielder Callum McNish was the only change to the line up that failed to earn anything last Saturday away to Boreham Wood and it took thirty minutes before Eastleigh got their first goal of the season. Captain Daryl McMahon whipped in a cross for ex-Basingstoke striker Craig McAllister who headed home a bullet header, which was even too powerful for the defender on the line to stop. With the Spitfires one nil up, they knew they needed at least another goal to secure the lead in the second half however unfortunately for Eastleigh, the visitors had a different idea. Matt Warner stepped up for a free kick from some thirty yards out and struck a powerful free kick past goalkeeper Jack Dovey to equalise for The Dragons with only twenty minutes to go. Dale Binns had a promising debut after return
Post a comment
Read more 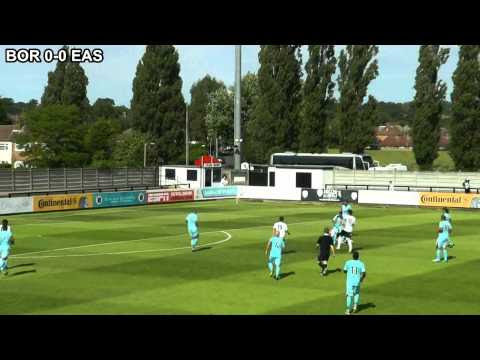 - August 20, 2012
BOREHAM WOOD v EASTLEIGH Saturday 18th August 2012 Blue Square Bet South Match report by Ray Murphy A glorious, sunny hot afternoon welcomed the start of the football season but unfortunately for Eastleigh that was where the brightness came to an abrupt halt. Eastleigh found themselves on the same ground where they suffered their worst defeat of the 2011/12 season five months earlier, with a 1-6 mauling at the hands of Boreham Wood. If Eastleigh thought the odds were against them you could add in to the equation that the only other trip by Eastleigh to Boreham Wood also ended in defeat and also Eastleigh had not won their opening league fixture for the past three seasons. Wood, themselves are optimistic for a top five finish this season, paraded two new signings into their side with goalkeeper James Russell and full back Ben Nunn - whilst Eastleigh gave a Blue Square debut to five summer arrivals in Glen Southam, Moses Ademola, Craig McAllister, Jai Reason and Marvin Willia
Post a comment
Read more

Eastleigh Football Club is pleased to announce completing the loan signing of Braintree Town central midfielder Callum McNish for an initial one month period. 20-year-old Callum will be included in the squad and available for selection for tomorrow's season opener away at Boreham Wood where we hope to get the 2012-2013 campaign underway with a win. 6 foot tall Callum, started his career with Watford before joining Southampton and went on to make his first team debut for the Saints on the 24th April 2010. In May 2011 he was released and signed for Exeter City after a successful trial period. Struggling to break into the first team, Oxford born Callum was released by the Devon club at the end of last season before being snapped up by Braintree on July 4th, signing a one year deal. We would like to be the first to welcome Callum to our club and wish him all the very best.
Post a comment
Read more

With less than 4 days to go until the much anticipated new season kicks off where Eastleigh travel to Boreham Wood, we thought you’d enjoy a sneaky preview of the squad for the 2012-2013 campaign. We do still have limited spaces available on the supporters coach for the trip against Ian Allinson's Hertfordshire club and anyone interested should contact the club on 02380 613361. Eastleigh manager Ian Baird will be looking for revenge following last season’s heavy defeat but with star players Jai Reason, Craig McAllister and Moses Adebola all declared fit for action we hope you will join us to roar the Spitfires onto victory.  Our first home game is now less than 7 days away too, with the eagerly anticipated local derby against Basingstoke Town, next Tuesday the 21st August 2012.  Can you name all of our players, new and old, and the management team?
Post a comment
Read more

Blue Square Bet South Season Preview by Alan Alger from Blue Square Bet Woking were well backed winners of the Blue Square Bet South last season and the writing was on the wall for us bookmakers before Christmas. Runaway champions are not uncommon in the section, but to look at the contenders each year you would always expect it to be close. Again we are at odds with our competitors in having a different favourite to the rest of the industry for this coming campaign. Big spending Eastleigh are our market leaders at 4/1 after acquiring a first-team squad littered with players that could perform at least one rung higher in the pyramid. Dover Athletic will feel that they’ve under-achieved in coming 7th two seasons running and surely won’t settle for any less than a play-off spot. Nicky Forster’s team are our 9/2 second-favourites, just half a point bigger than Ian Baird’s Spitfires! Play-Off final losers Welling United have improved their position by 3 places each of the last
Post a comment
Read more
More posts