Showing posts from May, 2013
Show All

Eastleigh manager Richard Hill has added a third close season signing with Football Conference Premier League experience to his squad today in the form of striker Yemi Odubade. The 29 year old Nigerian born striker, full name Emmanuel Odubade, was one of seven players released by Conference Premier side Gateshead at the end of the season having spent the second part of the 2012/13 season on loan at Forest Green Rovers. Odubade started his career at Eastbourne Town where he spent his childhood, netting sixty-four goals in eighty-five appearances thus attracting the attention of Yeovil Town who signed him in July 2004. Having only made six first team appearances scoring one goal, Odubade departed to link up with Eastbourne Borough. With a scoring rate of a goal every other game in the colours of Eastbourne Borough; the player was the subject of a transfer to Oxford United following two F A Cup ties, in which Odubade impressed the then Oxford manager Brian Talbot. In a three ye
Post a comment
Read more

Eastleigh are pleased to announce that having managed to stave off offers from other clubs, the ink is still drying on the contract for the capture of midfielder Will Evans from Hereford United. Evans finished last season on loan at Football Conference Premier Division side Newport County helping them gain promotion back into the Football League, Eastleigh just await the international clearance certificate for the player. Evans played for Fairford Town and then hometown club Cricklade before signing for Swindon Town and progressing through their Centre of Excellence. Having signed his first professional contract in April 2010 after captaining their youth and reserve sides he made his professional debut in a 3-0 Football League Trophy victory at Southampton in August 2010. After spending three months on loan at Hereford United where he made six appearances, Will signed permanently for them in January 2012 on a free transfer. A year later he joined Newport County on a loan deal t
Post a comment
Read more 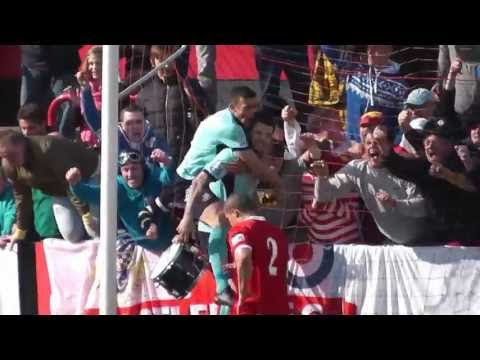 Eastleigh Football Club are delighted to announce the capture of the signature of midfielder Jamie Collins from Conference Premier League side Forest Green Rovers. Midfielder Jamie Collins has agreed to join Eastleigh FC after having his contract at Forest Green Rovers terminated by mutual consent. The 28-year-old, who lives with his young family in Hertfordshire, has struggled with a daily commute of almost 300 miles in the round-trip to Nailsworth. By joining former Rovers defender Chris Todd at Eastleigh, Collins will move to Eastleigh Football Club allowing shorter travelling times. Forest Green Rovers manager David Hockaday said: "Jamie had the longest commute of any player in a Rovers shirt and would spend 5 or 6 hours a day in the car, sometimes five days a week. "On behalf of myself, the chairman, the players and the club, we wish Jamie all the best and know the Eastleigh have acquired a player that can help them win promotion this coming season."
Post a comment
Read more

Goal of the Season 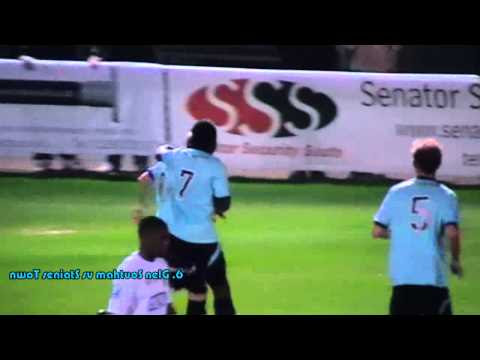 - May 17, 2013
By Wendy Gee EASTLEIGH boss Richard Hill has not ruled out the possibility of bringing midfielder Adam Watkins back to the Silverlake Stadium. The 21-year-old joined Eastleigh on loan from Luton Town in February until the end of the season and scored some vital goals to help the Spitfires into the Blue Square Bet South play-offs. He was out of contract with the Hatters this summer and has gone on Twitter to confirm he was “no longer a Luton player.” Although Watkins rarely started for Eastleigh, he made a huge impact off the bench. Having scored twice in a 3-0 victory at Basingstoke, he bagged the winner in a 1-0 home win over Hornchurch and earned his adopted club a crucial point in a 1-1 draw at Bath City. His ‘super sub’ status was tarnished when he was sent off for shoving Ricky Modeste in the face during Eastleigh’s costly 3-1 home defeat to Dover Athletic in the play-off semi-final, first leg, ruling him out of the return match at Crabble where the Spitfires’ promotion dre
Post a comment
Read more

Eastleigh ambition comes at a price

- May 15, 2013
By Wendy Gee EASTLEIGH’S determination to plough on towards full-time football has cost them the services of popular wideman Dale Binns. The 31-year-old was offered a new deal by the beaten Blue Square Bet South play-off semi-finalists, but only on the proviso that he could do the twice-weekly daytime training introduced by manager Richard Hill midway through last season. But Binns holds down a full-time job in Islington, London, and could not afford to give it up for the money Eastleigh were offering. Binns has had a glittering Conference South career and joined the Spitfires last summer fresh from winning the league with Woking. He went on to establish himself as a Silverlake crowd favourite and Eastleigh would love to have kept him. But Hill is intent on steering the club towards full-time football and warned earlier this year that the price of daytime training would be that they would miss out on certain players with careers outside the game. “I said a while back that
Post a comment
Read more

- May 15, 2013
Next Thursday the 23rd of May sees the 2012/13 Eastleigh Football Awards Presentation evening take centre stage. Fans and sponsors are invited to join the players and management of the Spitfires to celebrate a fantastic season. Tickets are priced at £15 per person and includes a two course buffet, comedy from Mick Miller and the presentation of the awards themselves. With spaces already limited, please contact Owen Clark on 07877 454 363 or Mark Jewell on 07837 665 229 to book your place.
Post a comment
Read more

- May 15, 2013
Eastleigh FC are delighted to announce that left-back Michael Green will be staying with the club having agreed a deal for next season. Green was a near ever present this season starting 38 games in all competitions for the Spitfires.
Post a comment
Read more

- May 10, 2013
Eastleigh Football Club today have today announced their retained list for next season. Nine players are currently under contract with the Spitfires, those are Ross Flitney, Jack Dovey, Chris Todd, Dean Beckwith, Jai Reason, Craig McAllister, Damian Scannell, Corey King and captain Glen Southam. Contracts have been offered to Mitchell Nelson, Dale Binns, Michael Green and Dan Spence. Meanwhile conversations with Chris Zebroski are on going. We will be sure to bring the latest news on these players as soon as we have it. Some very hard decisions have been made and Chris Flood, Mark Hughes, Andy Forbes and Lee Peacock have all been told that they will not be offered new contracts. Alex Lacey and Adam Watkins have return to Luton Town their parent club. The club would like to take the time to thank those players for their commitment and hard work for Eastleigh Football Club and wish them well for the future.
Post a comment
Read more

- May 05, 2013
listen to ‘Eastleigh boss Richard Hill talks to @mrandrewmoon after his side's play-off penalty defeat.’ on Audioboo
Post a comment
Read more 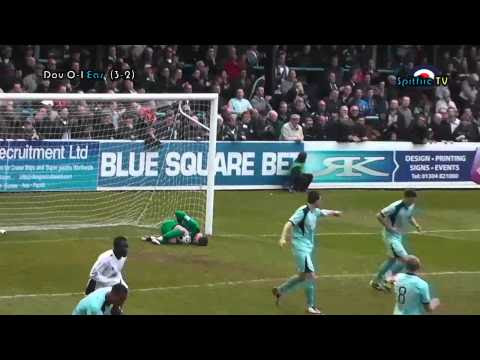 - May 04, 2013
EASTLEIGH 2-0 DOVER ATHLETIC  (3-3 on aggregate AET, Dover win 4-2 on penalties)   Saturday 4th May 2013 Blue Square Bet South Play-off Semi Final 2nd Leg Match report by Paul McNamara After such a heart-breaking conclusion to a magnificent Eastleigh display here in Dover, the overriding emotion of all involved with the defeated outfit might be expected to be one of utter devastation. The predominant word used by travelling Spitfires to describe their post-match emotion however, was pride. Eastleigh’s players, and management alike, were near perfect in their attempt to scale the mountainous peak that was placed in their way by Tuesday’s 3-1 defeat in the first-leg of this play-off. That game has already been pored over, and indeed, it has ultimately proved the occasion on which this team’s promotion hopes suffered their fatal blow. The Spitfires gave a performance from the outset of today’s encounter that was a much fairer reflection of the group of
Post a comment
Read more 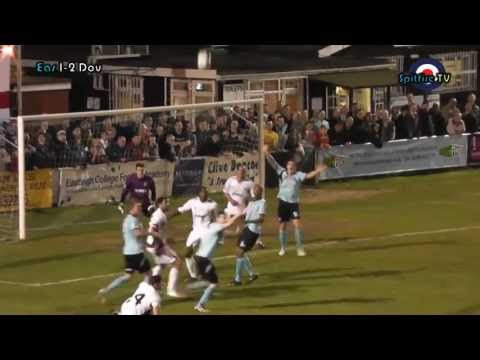 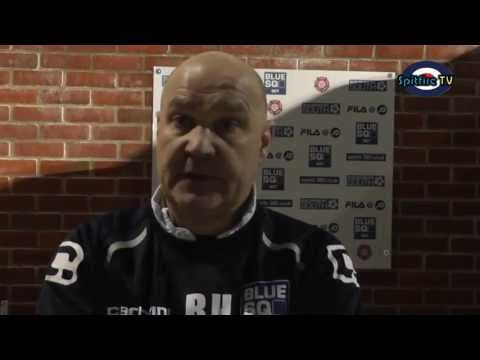