Showing posts from September, 2008
Show All

Eastleigh eventually saw off high-flying BGB Premier side Farnborough courtesy of an 85th minute goal from Anthony Riviere in this FA Cup tie.

Former Spitfires' Darren Wheeler and Ian Oliver both made a return to the Silverlake Stadium this afternoon for Francis Vines' side, whilst Eastleigh's fans favourite Andy Forbes continued his recovery from a long injury lay-off coming off the bench in the second half.

Ian Baird made just one change to the starting eleven that drew 1-1 at Bath City's Twerton Park last weekend as James Baker came into the starting line up for Jamie Brown, starting along side Matt Groves in attack.

The hosts produced the first attempt after just three minutes. A splendid pass out to the left from Tony Taggart picked out Matt Bodkin who cut back on to his right foot before finding Matt Groves with a fine delivery. Groves attacked the ball well and did every…
Post a comment
Read more

The towering centre half had established himself as captain for Dean Holdsworth side since making the switch from Eastleigh last month.

Dave Malone paid tribute to the former Weymouth man, who joined the Spitfires in March 2008 with current goalkeeper Jason Matthews. He commented: "Ashley is one of football's "nice guys" - and deserves the opportunity of regular first team football.

Thanks for your efforts here at the Silverlake Ash, and good luck for the rest of your career."
Post a comment
Read more

Forbes back in action as reserves beat Sutton

Wayne Mew and Paul Wiltshire's young reserve side continued their fine run of form, with a 5-3 victory over Sutton United's second string this afternoon.

This was Eastleigh's fourth straight win, which now sees the side stretch their unbeaten run to a highly impressive eight games.

Fantastic news to come out of the game aside from the terrific win, was the fact that fans favourite Andy Forbes is on his way back to full fitness. The Spitfires' top goalscorer for the past couple of seasons, has been sorely missed since missing pre-season with a groin injury and then missing the start…
Post a comment
Read more

Before leaving for the West County and Bath City, a side still to record its first home victory of the season, a point would arguably have been well received in the Eastleigh camp having had two heavy defeats out of their last three away games. The way the game went though it was a disappointed Eastleigh squad that headed for their Southampton base. Having led since midway through the opening half, it took until the last minute of the ninety for the home side to score an equaliser.

With Tom Jordan out through suspension, Warren Goodhind made his first start of the season in an otherwise unchanged side that had defeated Welling United 4-2 seven days earlier. Bath had an early chance when Dave Gilroy headed goal wards after Eastleigh failed to clear a corner but the ball fell into the arms of Jason Matthews.

- September 17, 2008
EASTLEIGH have been handed a meaty Hampshire derby in the second qualifying round of the FA Cup on Saturday 27th September.

Ian Baird’s men will entertain Francis Vines’s Farnborough, who are riding high at the top of the BGB Southern Praemier Division.

Clinical Spitfires shoot down the Wings

Welling sat one point behind Eastleigh in the table going into this game as the Spitfires sought out their third win in a week.

The Spitfires kept their impressive streak of home wins, and their 100% record at the Silverlake Stadium firmly in place running out 4-2 winners over Welling United.

MATT BODKIN's 11th minute strike from the edge of the area set the ball rolling for Ian Baird's men, this the winger's first goal for the club since joining on loan from Grays Athletic. Andy Harris' corner came all the way out to the far side for Bodkin, who hit it sweetly leaving goalkeeper Jamie Turner motionless.

The Wings responded just five minutes later as a chink in the armour of the Eastleigh defence was exposed by a clever pass by Richard Stevens. Playing a through ball with a reverse pass, Stevens found JOE HEALY in space in the penalty area, and with just Matthews to beat, the striker m…
Post a comment
Read more 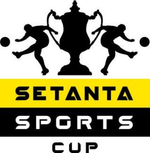 In this Setanta Shield first round tie at the Silverlake Stadium, Eastleigh faced league rivals Weston-Super-Mare for the second time in a fortnight.

Warren Goodhind was handed his first start since his return to the club, whilst former Southampton Academy FA Youth cup winner Josh Dutton-Black made his debut for the club playing on the left of midfield.

A little over a minute had been played when Eastleigh had won a free kick high up the field and to the right of goal, which skipper Andy Harris took quickly playing a clever ball short into the penalty area. Groves picked it up well shooting first time on the turn but was unlucky to find the side netting only.

Eastleigh Ladies inaugural F A Womens Cup fixture came to an abrupt ending. The Preliminary tie was abandoned ten minutes before the end of the scheduled ninety after Eastleigh substitute Stacey Niven remained motionless on the ground after colliding with the Aldershot goalkeeper Hayley Calder as they both made attempts for the loose ball. As the players awaited the response from the ambulance service, the match referee in agreeance with both Clubs brought the fixture to a close, with Aldershot in a seemingly unassailable 5-0 lead.

Aldershot Town Ladies normally play in the Southern Region Division Premier Division, two divisions higher than the Division that Eastleigh are in this season, following their promotion a…
Post a comment
Read more

SATURDAY 6th SEPTEMBER 2008
Blue Square South
By Jamie Montigue
Eastleigh kept their 100 per cent record in tact thanks to a stoppage time winner from man of the match Anthony Riviere.

The win did not look on the cards after a poor first half, though Ian Baird's men pulled through in a thoroughly entertaining finale to the game.

Matt Bodkin made his home debut for Eastleigh having come back from an ankle injury sustained on his full debut against Bromley last month. James Baker was up against his former team, as was Chris Piper who played his first game back at the Silverlake Stadium since his summer move to Braintree Town.

The first chance on goal came Eastleigh's way when Bodkin cut back on to his right foot from the left flank before sending over a telling cross into the middle. James Baker so nearly got one over his former club as early as the sixth minute but was denied by a stunning one-handed save from Craig Holloway to keep out the glancing he…
Post a comment
Read more

August Player of the Month Awards

Blue Square Announce “Player of the Month” Winners for August

“Kettering Have The Right Guy At The Back”
Kettering Town captain Guy Branston has won the Blue Square Premier "Player of the Month" award for August.

Branston has led his side through the first six games of the Blue Square Premier season without a defeat as the Poppies have made a mockery of their pre-season relegation odds.

The no-nonsense centre back has marshalled a Kettering defence that have only conceded 4 goals in their opening games following promotion from the Blue Square North as champions in May.

Town boss Mark Cooper believes the award is fully deserved and commented “Guy came from a league background so it took a while for him to get his head around the non-league game but he has been immense this season. “He’s exactly the kind of man you want in the trenches alongside you and he has forged an excellent partnership with new signing Exodus Geohaghon” he added.

August Manager of the Month Awards

Blue Square Announce “Manager of the Month” Winners for August

The month got off to a slow start as Rovers coped with defensive injuries, but they finished the period with four straight wins to reach the summit.

With pre-season talk dominated by how the Cotswold side would replace the leagues top scorer Stuart Fleetwood, the team answered in fine style by finding the net in every match.

Harvey commented “I feel our goals last season were down to the approach play and we haven’t lost that quality from our game, we just have different people on the end of those moves now”.

Winger Josh Dutton-Black has left Bognor to join Eastleigh FC. Josh lives in Oxfordshire and it was mutually agreed that it would be better for him to find a club closer to home to reduce the travelling involved in getting to Bognor.

With a number of new signings, it is also important for manager Mick Jenkins to be able to work within the agreed budget.

The club wish Josh every success in his future playing career and thank him for his efforts in the six league matches he has played this season.
Post a comment
Read more

- September 02, 2008
Returning to the club for a second spell is South African born defender Warren Goodhind.

The 31-year old defender joined the club from Blue Square Premier side Ebbsfleet United in November 2007 and made 18 appearances for the Spitfires last season.

Ian Baird would have liked to have kept the player he brought to the club for the coming campaign, but due to cut backs made in the close season, could only offer a lesser deal which Warren turned down.

Speaking at the end of the 2007/8 season, Baird commented, "Warren Goodhind's a good lad and we offered him a deal, but he felt insulted by it. I'm not sure where he's gone."

Goodhind started the new season at Ryman Premier League strugglers Harrow Borough but has now re-joined his former club and will offer more options in the defensive department in light of Ashley Vickers' recent move to Newport County (initially on loan).

He was named as an unused substitute in last night's 1-1 away draw with Weston-Super-Mare.
Post a comment
Read more

Forty-eight hours earlier Eastleigh FC produced their worst display for some time, this performance restored some of the faith back in them with a determination to show that the St Albans fiasco was a one off.

Andy Harris returned to the side from injury whilst there was a first start of the season for David Hughes, Aaron Martin and James Baker making way for them as they dropped to the bench where they were joined by returnee Warren Goodhind after a short spell at Harrow Borough. Jamie Brown playing in a strikers role lining up again with his ex Dorchester team mate and front-runner Matt Groves.

The early showing signs were worrying though. The home side with ex-Eastleigh striker Ashan Holgate leading their attack had the ball in the net after only five minutes. Marvin Brown saw an effort blocked the ball running for Andy Gurney who turned the ball into the net only to be denied by the flag of an…
Post a comment
Read more
More posts