Showing posts from November, 2017
Show All

Both goalkeepers were sent off in an extraordinary game at FC Halifax Town as Eastleigh were pegged back to a 3-3 draw.

The Spitfires were 2-0 up with just 21 minutes played as Sam Matthews' corner found the back of the net to open the scoring.
Chris Zebroski was on hand to double the lead from another corner that was flicked on by Andrew Boyce.
Scott McManus pulled one back for the hosts from the penalty spot just before half time.
After the break, Halifax were reduced to ten men when goalkeeper Sam Johnson was shown a second yellow card followed by a red.
Just past the hour mark, Simon Heslop scored his first goal for Eastleigh to put the Spitfires 1-3 ahead.
Tom Denton reduced the arrears for FC Halifax Town to bring them back into the game at 2-3 before Ross Flitney was then sent off for Richard Hill's side.
With no keeper on the bench, defender Boyce put on the gloves and made a superb save with his feet to keep the slender lead intact.
The drama wasn't over yet thoug…
Post a comment
Read more 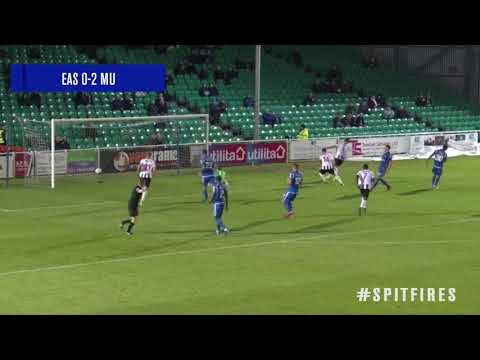 The Spitfires fought back from 2-0 down to earn a point. Ayo Obileye scored an 83rd minute penalty before Ben Williamson hit his ninth goal of the season deep into stoppage time in some style to level. 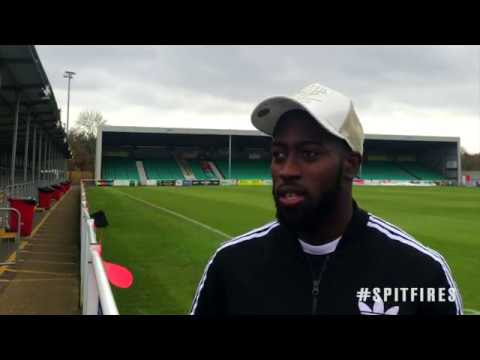 Eastleigh have signed striker Bradley Hudson-Odoi on a two-month loan from Sutton United.

Hudson-Odoi began his career at Fulham, where he was a youth team player. In 2007, he represented Ghana at u20 level.

More recently, Hudson-Odoi was a key part of the Sutton United FA Cup run of last season – playing against AFC Wimbledon and Arsenal.

The man himself was delighted to meet up with the squad and go straight into the squad.

“I’m really excited – I got the call last week from the manager, and getting the opportunity to play for such a big club is great.

“Hopefully I can help the club climb back up the table, to where it should be.” SIGNING | BRADLEY HUDSON-ODOI

The club are delighted to announce the signing of Bradley Hudson-Odoi on loan from @suttonunited - subject to the completion of National League paperwork.

Eastleigh suffered another home defeat losing 2-0 at the Silverlake against Barrow, who had lost their last seven away games.

Match tweets and reaction below: 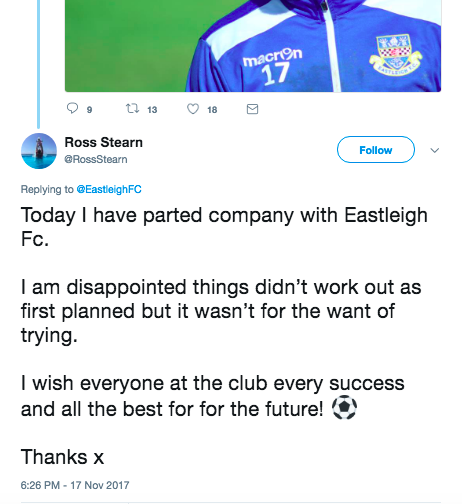 He leaves the Silverlake having made 31 appearances and scored five goals under three different managers since linking up with the club for an undisclosed fee.

He had signed a two-and-a-half-year contract for the Spitfires and has now rejoined Sutton on a two-year deal.

Saying his farewells to Eastleigh, Stearn admitted: “I am disappointed things didn't work out as first planned, but it wasn’t for want of trying.

“I wish everyone at the club every success and all the best for the future."

He added: "I had a brilliant two years at Sutton and have really missed the dressing room and supporters who were fantastic with me.

"I’ve always kept a look-out for our results and the boys have done an amazing job. It really feels like I’m coming home and to put on the amber shirt again is so exciting.

"It didn’t work out for me at Eastleigh, but it was a decision I made at the time that was be…
Post a comment
Read more 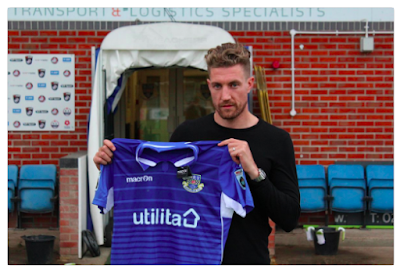 Simon Heslop, 30, has joined the club on a one-month loan deal from York City. He captained York to FA Trophy victory against Macclesfield at Wembley Stadium in May this year.

The midfielder played against the Spitfires last season, scoring when York visited The Silverlake in November.

Speaking upon arrival at the club, Heslop spoke of his delight at joining up with the squad.

“I’m itching to get going – it’s only initially a one-month loan, but I’m excited to get started.

“This league is all about getting a consistent run going, and I’m sure with the squad assembled, we can give it a go.”

Speaking about the signing of Heslop, Richard Hill said: “I did say I wouldn’t put a sticking plaster on it, but the reason I’ve been convinced is because we’ve found a midfielder who wants to prove himself at a higher level and he’s coming for the right reasons.

"It’s a deal that's beneficial to both the club and player and it’s financially right as well. 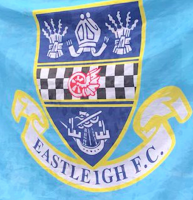 Goals from James Alabi and former Spitfire Connor Essam were enough for top of the table Dover to seal a 2-0 win over Eastleigh.

Richard Hill's reaction: "It was a frustrating day - we're up against it at the moment.
"The only players we've got at the moment are the players that are in that dressing room - and it doesn't help when a couple of decisions go against you.
"At times I thought we played decent football - but we just couldn't open them up and get that opportunity."
Dover 2-0 Eastleigh

Shaw joins the Spitfires after a spell with Dulwich Hamlet and began his career with Arsenal and Sunderland before making his Football League debut for Leyton Orient in 2015.

He played 30 games for Orient before moving on to Accrington and Woking, and then signing for Dulwich in August.

Eastleigh boss Richard Hill said “He’s come through the system at West Ham and you have to be respectful of that.
“He’s another one who should probably have done better and played higher than he has. Whether that’s because he hasn’t had the right break, I don’t know.

“But he was available and he’s not come here asking for shedloads of money or accommodation.

“The opportunity to play for Eastleigh means far more to him than the pound signs in his eyes and that’s refreshing. He’s young and he’s going to be hungry.

“He’s a nice lad and he’s trained with us all week and taken on board what we’re trying to do."
📝 SIGNING | The club is delighted …
Post a comment
Read more 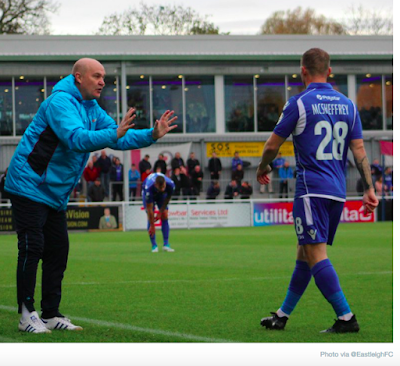 Eastleigh had to make do with a point after surrendering a two-goal cushion at home against Chester.

The Spitfires scored early goals in each half through Ben Williamson and Gary McSheffrey, but visitors Chester fought back to draw level and earn a share of the points.

“It’s still a point on the board, but it should have been three.

“We went 2-0 up and then just sat a bit too deep. We didn’t get hold of the football and pass it to each other and you end up aimlessly kicking it up the pitch.

"That forces you into changes, getting bodies behind the ball, and you tend to invite a bit of pressure.

“I just felt we needed a spell where we got hold of the football, but we didn’t. We got forced deeper and deeper.”

Mark Yeates: “Speaking for all the boys, we’re gutted.

“For 60 minutes we moved the ball well and I thought it was as good as we’ve played at home all season.

“But how many times have we got ourselves in front and haven’t got maximum points?