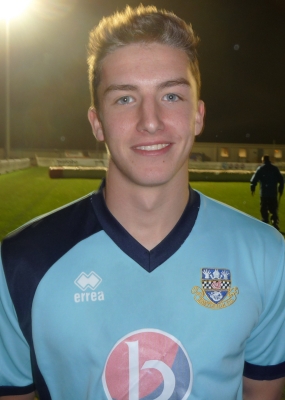 Eastleigh Football Club are pleased to announce the signing of central defender Alex Lacey from Conference Premier Division side Luton Town on a one month loan deal.

Spitfires Manager Richard Hill said: ”Alex has been in and around Luton’s first team squad and is considered a highly regarded prospect who they have high hopes for.

“Talking to Luton manager Paul Buckle, he was prepared to let him go out on loan as part of his continued education and I thought this would be a really good opportunity and mutually beneficial”.

Still only nineteen years of age, a bright future is envisaged for this former Luton Town youth team stalwart who has historically courted interest from a host of Premier League Clubs.