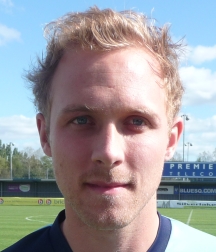 Eastleigh Football Club have released defender Leigh Mills allowing him to continue his career away from the Silverlake.

Leigh became a Spitfire in September, joining from his hometown Winchester City in September 2012. The versatile defender who can also play in midfield started his career as a youth team player at Swindon Town but was signed by Tottenham Hotspur as a 16-year-old in 2004. Leigh has played for a host of other football league clubs including spells at Gillingham and Brentford.

We would all like to thank Leigh for his hard work and effort whilst with the Spitfires.

In other news Chris Flood has extended his loan with Maidenhead United.