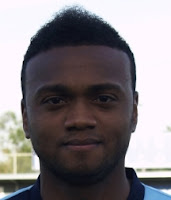 Osei Sankofa has been transfer listed with immediate effect.

The former Charlton Athletic, Southend United and Boreham Wood defender is considered surplus to Richard Hill’s requirements as he continues to build his own squad.

Richard is actively recruiting for the final half of the season as he considers the squad now ‘thin on the ground’.