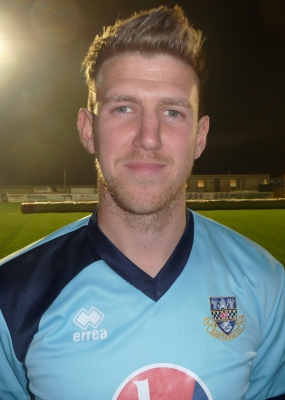 Eastleigh are delighted to announce securing the signature of former Hereford, Northampton and Luton Town central defender Dean Beckwith until the end of next season.

6 foot 3 inch Dean is available for selection in tonight’s important fixture at home to Billericay Town.

Spitfires manager Richard Hill said: “I have been chasing Dean’s signature for around two months now and am delighted he has agreed to join us and in doing so, has turned down a number of approaches from well established Conference National teams.

“I am certain Dean will get a fantastic reception and become a firm fans favorite. Signing players of Dean’s caliber will be very important if the club is to achieve its short, medium and long term goals.

“In addition I am confident we will be announcing more signings of his pedigree in the days to come.”

Earlier today the Hatters confirmed the mutual de-registration of defender Dean Beckwith’s contract with the club. The Southwark-born centre-back left Kenilworth Road by mutual contest after 18 months with the Hatters. In total, 29 year old Beckwith made 21 appearances in Luton colours, scoring two goals – including one this season in the 3-1 victory over Cambridge United in September.

Following an injury Dean has recently struggled for a first team place but had successful spells at both Hereford and Northampton.